What my white iPad says about me. And you. 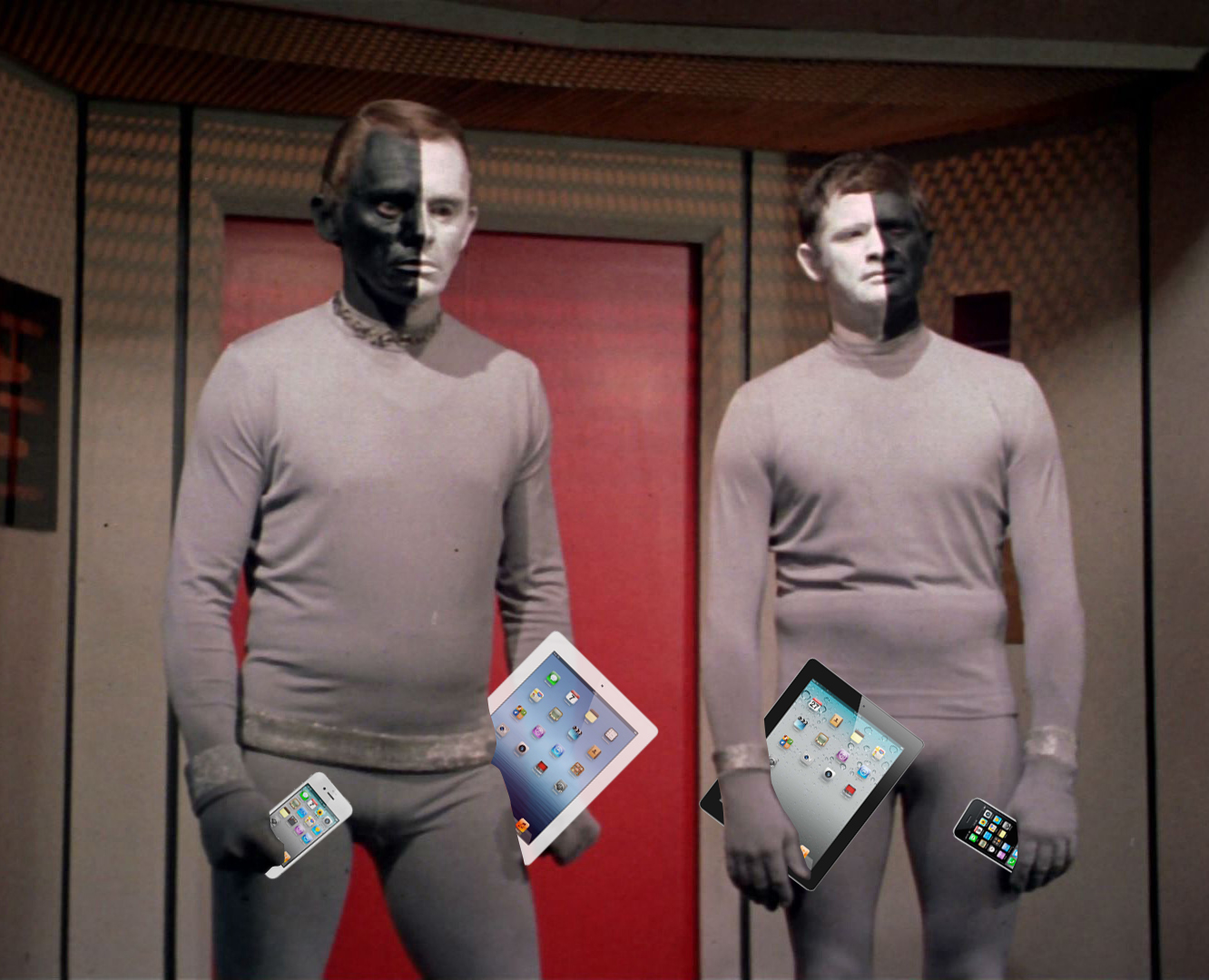 It seems like a small difference, whether your iPad or iPhone is black or white.

Surely the content is what really matters? All those apps you download, all that browsing, tweeting and facebook posting you do – it doesn’t make any difference if you do them from a white device or a black device. Does it? Actually, yes.

What you actually look at is between you and your mobile device. However, the colour of that mobile device is what the rest of the world sees. And your choice of colour says something to them – and something about you.

I own a white iPhone and a white iPad. Why? Well, I could say it’s because it cleaves closer to Steve Jobs’ and Jony Ive’s original vision for the iPod. That they spent hundreds of hours getting the white exactly right – and my choice honours their dedication. But, to be honest, that’s not quite true. I’ve never owned a white iPod. My first iPod was a metallic pink iPod Mini. My second was a black iPod Video and my third was a silver iPod Shuffle. I bought those because, respectively: I liked the colour; the screen looked sharper; and it was the most subdued colour choice. (But, having said that, if I was choosing those devices again now – and white was available – I would probably choose white.)

The real reason I chose white for my iPad and my iPhone is a very simple one. My wife had an iPhone before I did, and hers was black. My son had an iPhone & an iPad before I did and his were black. I just wanted to make sure I didn’t get mine confused with theirs. Now though, I feel that my colour choice defines me – despite it’s original reactive reason. There’s something lighter, friendlier, more organic about a white iPad. Something less corporate and techie about a white iPhone. Every iPhone – and every iPod of whatever colour – is accompanied by white earbuds, because white originally differentiated the iPod and identified the owner – even when you couldn’t see their iPod. Now I want the world to see my white mobile devices as a positive choice. I’m not heavy and black, I’m light and white. I’m not dull and corporate, I’m thoughtful and creative. I’m not an obsidian slab, I float like a cloud. Like an iCloud.

And, of course, I’m honouring the hundreds of hours Steve & Jony spent getting the white exactly right.